LEARNING PHYSICS has been viewed by many as dragging and difficult. A lot would say, “I hate learning physics,” but with physics simulations from PhET, not anymore.

When teaching velocity and acceleration, you can use this fun simulation called the Lunar Lander, where players attempt to make a soft landing on the flat zones of the Moon. 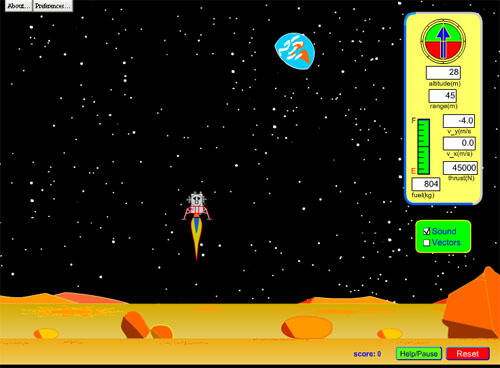 They can alter the lander’s motion by providing an upward thrust produced by the lander’s engine — to counter the acceleration due to gravity — so that the velocity wouldn’t be too large (not more than 2 meters per second).

Here is a video I created to introduce the game:

There are important things to note about the simulation: