WE EXPERIENCED a lunar eclipse last night, June 15, 2011. Unfortunately, due to cloudy skies, we failed to witness the moon turn into a reddish glowing sphere in the night sky. It should have been an amazing spectacle. 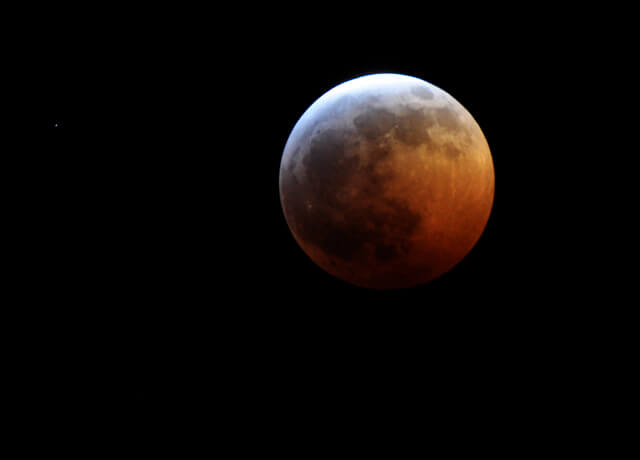 But why does the moon look red during a lunar eclipse?

A lunar eclipse happens when the Earth is between the Moon and the Sun. The Sun is the source of light and the Earth happens to block it so that light coming from the Sun does not directly hit the Moon.

Light rays from the Sun appear white because it is a combination of all the colors of light in the visible spectrum.

Here is an animated gif image I created using Adobe CS3 to explain the phenomenon:

Here is another illustration and explanation from Wikipedia: 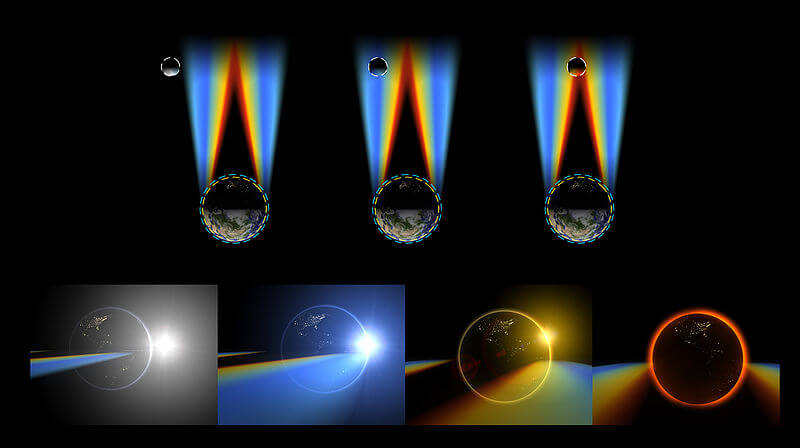 Curious about other physical phenomena? Ask the Teacher!

5 thoughts on “Why does the Moon appear Red during a Lunar Eclipse?”