AS WE inch closer to Graduation Day, one of the concerns of graduating students is choosing a song to best remember their school life by. Sometimes, students are caught in a dilemma of picking the right graduation song that the whole batch will like. 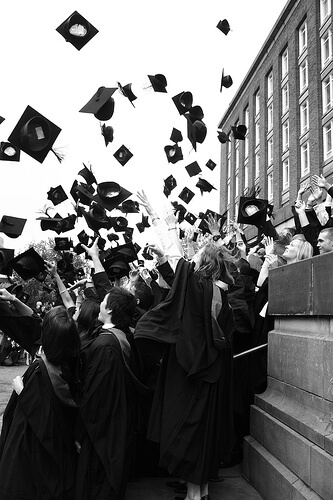 When I was in kindergarten (1993), our graduation song was Yesterday’s Dream that was composed by the maestro Ryan Cayabyab. In grade school (1999) we sang The Journey by Lea Salonga. In high school (2003) our classmate Jim Francis Diaz composed a song for our batch entitled, Graduate na Tayo. We also sang Next in Line by After Image, which was given a cool arrangement by our music teacher then, June Rad Butil. In college, our graduation song was Pilgrim’s Theme by Bukas Palad.

Let me give you three things to consider in picking a graduation song.

1. Message of the Song – Usually, songs that are picked as graduation songs have themes like triumph and victory, hope, friendship, brotherhood, or, realities of life. Choose a song that has inspiring lyrics or lines that will help you ponder about the meaning of life.

2. Significance – So you have listed down songs that have good lyrics. Not all of these songs, however, have significance to you as a batch. Does the song mean something to most of the graduating batch? Do you have memories associated with the song? If yes, then that is a good choice. It would be a more meaningful choice. If your batch happen to have good lyricists and musicians, you can write your own song that would certainly be significant for your batch.

3. Popular Choice. In choosing a song, we still have to practice democracy. Have a list of good songs, which you can populate by having your fellow graduating students give their suggestions. Present these songs in an assembly, both lyrics and melody, and let them choose a song by popular vote.

There is a group on Facebook that suggests Champagne Supernova as the Unofficial Graduation Song for 2011. Oh, well, that could be one of your options. Let me share this list of songs I got from a forum:

Good luck! I wish this helped you in choosing your graduation song.