I MADE this video to document simple distillation done in our laboratory.

One hour might not be enough to perform this activity, so documenting this will allow my students to revisit what happened during the activity. Teachers in other schools who might not be able to improvise a distillation setup can show this video to their students, instead.

Following is a transcript of the narration.

In this activity, students are expected to be able to obtain water and salt from seawater using distillation and evaporation. 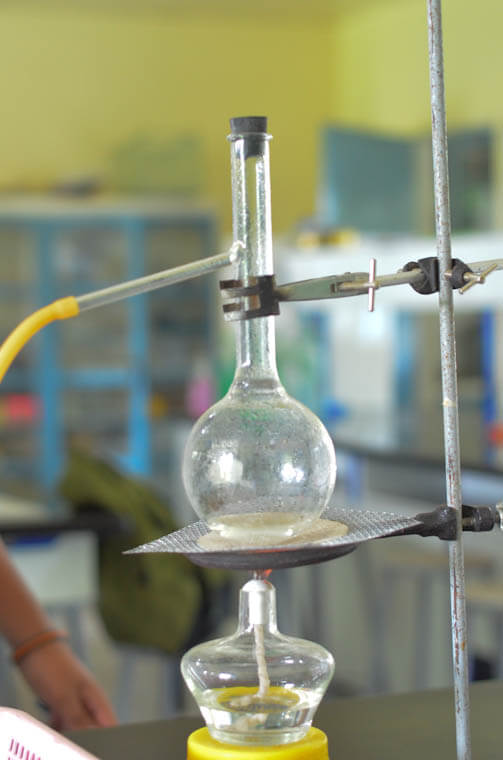 Seawater was placed inside the distilling flask and boiling chips were added to make sure the boiling happens calmly. If you don’t have boiling chips, small pieces of broken china will do. That’s what we used here.

In the distillation process, water changes into vapor and then it enters the tube leading to the collecting test tube.

The distillate is, of course, pure water. It is colorless and tasteless because the salt and other dissolved and suspended matter are left behind. 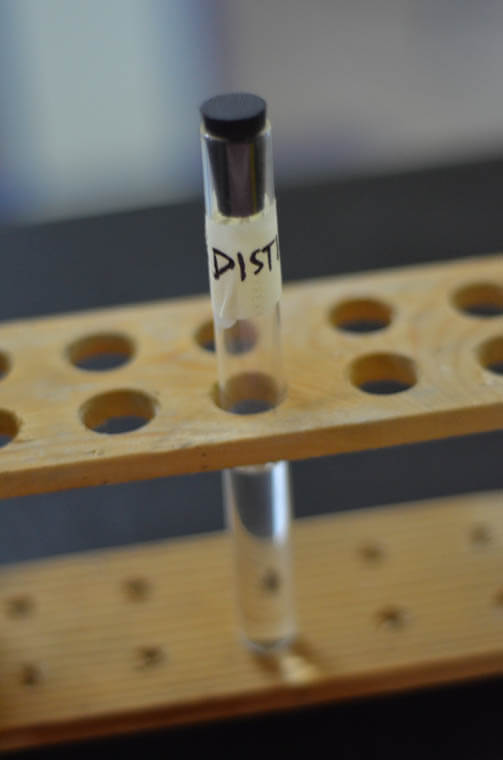 The remaining seawater from the distilling flask was then transferred to our evaporating dish. You can see water vapor escaping the mixture. We also expect the salt and other particles present in the mixture to be left behind. 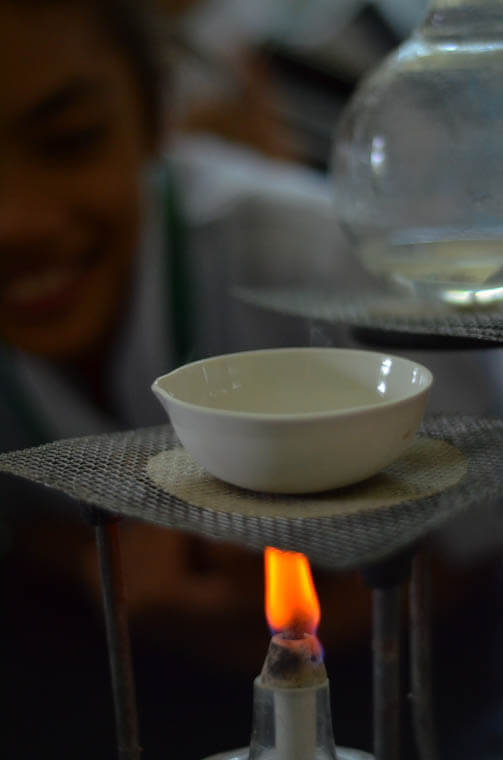 Let me warn you, however, that as more and water evaporates and the mixture continues to boil, you would notice that it becomes violent. So you better get your eyes protected. Wear goggles.

When the water has completely dried up, scraping the bottom of the evaporating dish reveals the residue, which is salt, of course. 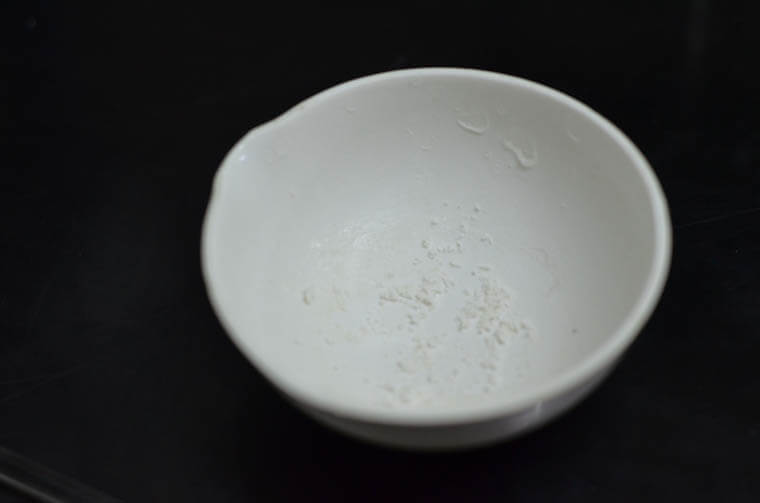 So we were able to obtain from seawater, which is a mixture, distilled water and salt, which are substances.