While many people were actively engaged in the midterm elections, over two thousand teenagers and young professionals in Sarangani Province chose to dedicate their time, talent, and energy in volunteer work, helping young children learn how to read.

For six years now Quality Education for Sarangani Today (QUEST), an education development program under the office of the governor, has been initiating a summer reading camp for non-readers and frustration readers. Dubbed as Sarangani Big Brother (SBB)—after the TV show that was popular when the project was conceptualized—the project engages youth volunteers who serve as big brothers and sisters to the participants.


I was privileged to prepare the AVP of SBB Season 6. Here it is. 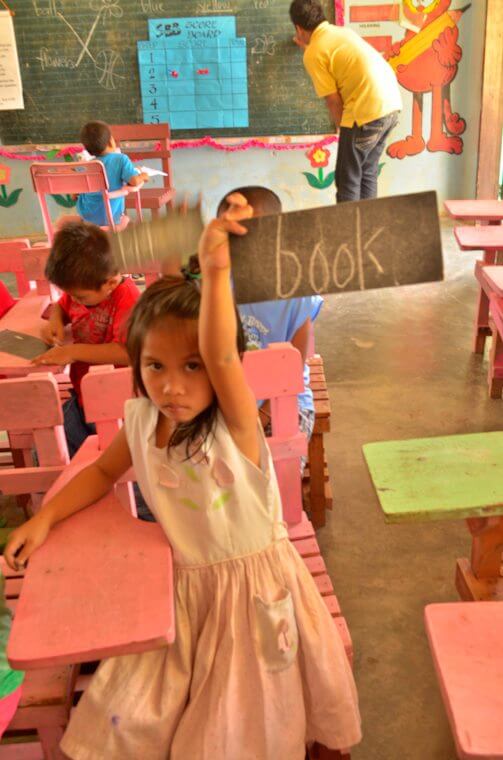 QUEST Program Manager Annalie Edday said that SBB was born out of the realization that dropout rates for grades two and three were very high. It was then learned that the high dropout rates are in part due to the low reading level of pupils based on the Philippine Informal Reading Inventory (Phil-IRI).

Myra Maulana, Volunteer Teacher at Ireneo Lopez Elementary School in the municipality of Maasim, knows the real situation in the classroom.

“I handle incoming grade two pupils and some of them have a difficulty recognizing letters and their sounds. If they can’t even read words, how can they comprehend?” she said.

“Reading comprehension makes the difference between a passing and a failing grade in school. It is one of the most crucial skills for children to master,” Edday said.

The volunteer teachers went through a series of trainings on conducting an SBB session, utilizing the module provided by QUEST.

To help the volunteer teachers in helping the pupils learn how to read, Edday said, “We distributed Fuller charts in addition to the modules and other reading materials.”

Marilyn Falsario, principal of Oliverio Elementary School in Malungon, who monitors the conduct of SBB in her school, noted that the teachers employ other strategies to engage the learners.

“They facilitate fun outdoor activities with the help of the volunteers to keep the learners’ interest, while, in the process, they learn reading and appreciate its importance,” she said.

Based on the comparison between the pretest and the posttest results, SBB Season 6 has eliminated non-readers among its participants. At the start of the program, 15% of the pupils were non-readers. After the program, their reading level has improved. The number of frustration readers was also reduced from 15% to 5%. There were also significant increase in good readers and very good readers.

Volunteerism is Alive in Sarangani

What makes SBB unique is its being able to harness the vitality of the youth volunteers in carrying out the project.

In Dalangdang Elementary School in the town of Malungon, this writer chanced upon the SK Federation Chairman Isaganie Tuanzon facilitating a spelling contest among the kids.

“My role as the SK Chairman,” Tuanzon said “is to look for funds for the pupils’ snacks and to encourage my fellow youth to serve as big sisters and brothers to kids.”

In the morning, he visits schools and checks out the volunteers and attends his summer classes as a college student in General Santos City in the afternoon.

“I really try to find time for this because I believe that it is important for the kids to learn how to read so they can learn better when school opens in June,” he added.

In barangay Lumasal, in the town of Maasim, Garry Gaditano has been a symbol of dedication among his fellow youth. Since the first season he has always been a constant figure of SBB in his barangay.

“At first, I just wanted to know how it feels to become a volunteer. After that, I have always looked forward to each summer because, I know, SBB is approaching,” he said.

“I enjoy assisting the teachers in helping the pupils to read and in facilitating games with the children,” he added.

He also said that he is happy to have encouraged his peers to join him in the volunteer work. 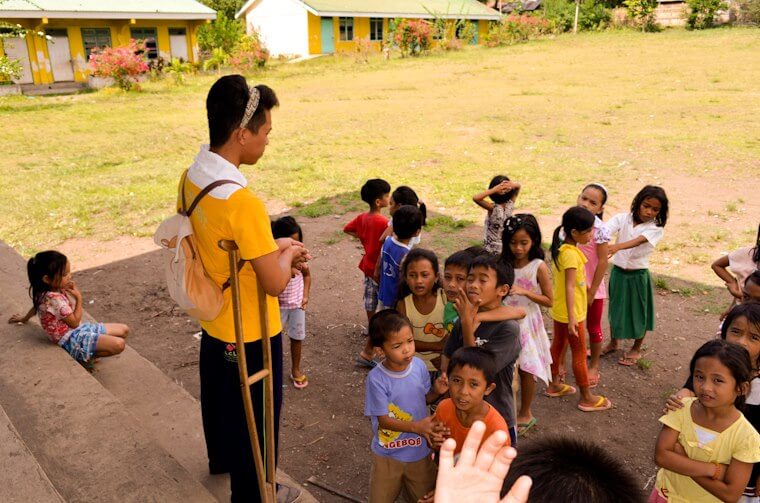 In his crutches, Irel Soriano, gathered the kids at Lamcanal Elementary School for a storytelling session.

With his limitations notwithstanding, Soriano has been an SBB volunteer for five years. He travels from another barangay to Lamcanal to help the kids.

“I don’t see my condition as a hindrance. I just think of how I can help others,” he said.

Furthermore, he advises his fellow youth to, “take life a little more seriously and with the talents that we have, let’s help those people who need us.”

Alma Peñol was all agog when the monitoring team arrived at Consolacion Integrated School. She was very eager to tell the team that, as PTA President, she organized the parents to take turns in preparing the snacks for the pupils.

Asked about where the funds for the snacks come from, she said, “Some were from our own pockets, others were solicited from the barangay council, SK, business sector, and others.”

Community spirit can also be seen at Happy Valley Elementary School in Maasim. School Head Ruvelyn Homecillo appreciates the help of the SK, the local council, and the parents in the implementation of SBB. She said that the school need have to worry about funding and human resource because of the synergy of the different sectors.

In Oliverio Elementary School, the barangay council sponsored the lunch of the pupils since day one. Barangay Captain Henry dela Cruz said that it is crucial to make sure that the kids complete the eight-hour daily session.

“The pupils come from distant sitios and when they go home at noon, there might be a possibility that they will not come back for the afternoon session,” he said.

All the efforts done by the different schools and barangays all reflect the concern the community has for the success of the program.

A Celebration of Success

SBB Season 6 ended with a culmination program held at Maitum Gymnasium on May 9, which was participated in by volunteers from all over Sarangani.

The volunteers also prepared a surprise in gratitude for the support that Gov. Miguel Rene A. Dominguez has given for the improvement of education in the province of Sarangani.

Long time partners of QUEST in its education development projects were also given recognition during the program. 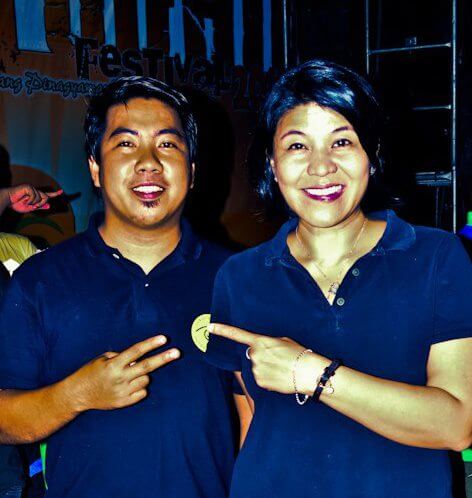 The celebration was capped by a concert led RockEd Philippines, whose executive director, Gang Badoy-Capati, inspired the youth volunteers to consider themselves as nation builders.

“Know what you’re good at and use it for the good of your community. That is nation building,” she said.