HUNDREDS OF uniformed men marched in front of the Provincial Capitol of Sarangani on a blistering morning of August 5, 2011. With an air of urgency, they assembled in front of the military tanks and trucks that took strategic positions in front of the building. A noticeable green band — with the KKK insignia inscribed on it — is tied around the left upper arm of each of the men, reminiscent of the Oakwood Mutiny launched by the Magdalo Group in 2003. A little later, a mob of about 3,500 people stormed to the site, waving flags with the same inscription as in the arm bands of the military men, and carrying placards that called for action. 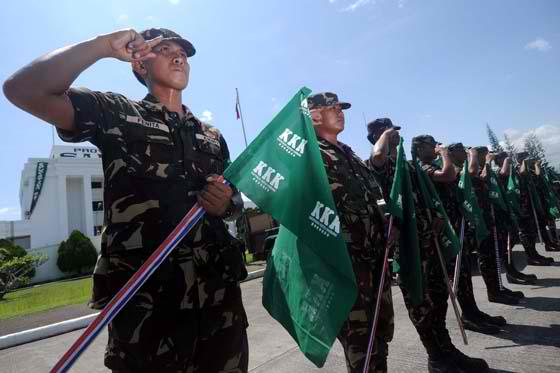 Without doubts, one would say, “A revolution has begun in Sarangani.”

The leaders then appeared on top of the armored personnel carriers, spoke to the people ardent words, and a sudden outburst from the crowd ensued. “Karunungan Kontra Kahirapan!” they all shouted. That was when I realized who, er, what the enemy is — the old and vicious problem of poverty. In fighting this battle, the revolutionists are not armed with guns, but with the desire to give Sarangan children better access to quality education. 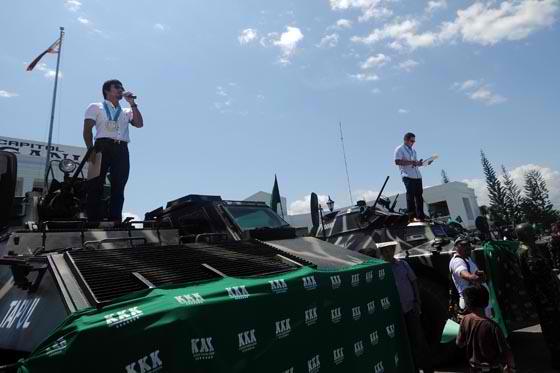 The KKK (Education Against Poverty) is a flagship program of the Province of Sarangani under the leadership of Cong. Emmanuel ‘Manny” Pacquaio and Gov. Miguel Rene Dominguez through its implementing arm, the Quality Education for Sarangani Today (QuEST), which for several years now has been organizing programs and mobilizing stakeholders to assist the Department of Education in addressing the problems of the schools in the province.

Initially, through the program, Sagittarius Mines Incorporated (SMI) donated Php 2 million for the construction of ClassDorms to address the problem of classroom shortage in the hinterlands of Sarangani and to lessen the burden of the students who travel long perilous trails just to go to school.

Furthermore, QuEST Program Manager Annalie Edday revealed that they will be distributing 20,837 books to Grade 1 pupils and 16,621 for the Grade 2 pupils to attain a book-pupil ratio of 1:1 in 230 elementary schools in the province.

The launch of the KKK battlecry was held in time for the 18th Foundation Anniversary of the DepEd Sarangani Division, which, according to the newly-installed Schools Division Superintendent Allan Farnazo, marks the maturity of the Division to ascend to greater heights.

The rays of hope are brighter in Sarangani this year. I, for one, am filled with the burning desire to see to it that no Sarangan child is left behind. In my own ways, I will strive to give the Sarangan youth within my influence the best learning experience they can possibly get.