THE TEACHER’S Notebook celebrates it’s First Anniversary this September. Incidentally, September has also been set by the Department of Education as Teacher’s Month . It’s a double celebration, therefore, for The Teacher’s Notebook.

In celebration of these events and in preparation for the World Teacher’s Day on October 5, The Teacher’s Notebook launches the “Thank You, Teacher” Blogging Contest. 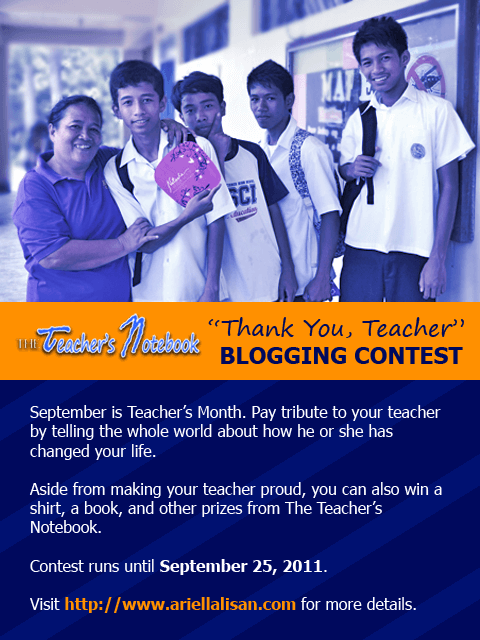 UPDATE: Non-bloggers can also participate in the competition by “Liking” this post or sharing this on your FB/Twitter/Tumblr accounts and leaving a comment below. The best comment can also win a book and a shirt.

Join this contest and honor your teacher.